GPS products have, over the past few years, increasingly entered the field of personal safety. Where once it was essentially a technology used by scientists and the military, it has evolved to become a common product for fleet owners, from where it has moved into more advance applications like mining IVMS – making this a product used by the everyday person to protect them in their personal capacities was a logical next step. This is exactly the trend that can now be observed as GPS products are used to protect children, the aged and people generally at risk through their locations associated with their workplace or day-to-day lives. 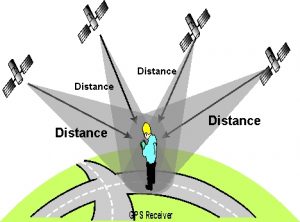 Background: GPS originated in 1973 and was made available to the public around 1985, but it only became fully usable commercially after President Clinton signed a directive to remove what was known as Selective Availability in 2001, following which its accuracy improved to the point where the person in the street today makes daily use of the GPS chip in a Smartphone. As of 2015 FAA (Federal Aviation Administration) grade Standard GPS has been providing horizontal accuracy of around 3.5 metres, leaving the military, commerce and the everyday person with a highly accurate, completely free service to tell them where their chattels (both mobile and fixed) are, and also where they as individuals find themselves.

As GPS and telephone products become cheaper and smaller, it can be envisaged that the day may well come that nobody ever has to lose anything of value again, nor should any person be stranded without the ability to get help anywhere in the world.

Ongoing challenges: A cheap $6 GPS chip can identify where it is, subject only to line-of-sight to the sky and a small electricity supply. What then could still stand in the way of a universal roll-out of GPS producs?

All GPS applications are challenged by two aspects: locating where it is, which has been largely overcome, and secondly, relaying the position back to a central point. The latter remains a challenge to a very large extent. The cheapest form of back-to-base communication are wi-fi and RFID, but these have very limited ranges of at best a few hundred metres, followed by 3G/4G devices which rely on a mobile network, and then by satellite transmission devices that are expensive in terms of communication costs. All of these devices also require a power supply, either external or via an internal battery.

The balance of a choice between range, power consumption and communication costs is very much still a factor in the feasibility of GPS products. The trend is in the direction of cheaper power, cheaper communication costs and better network coverage, but these challenges remain and there is no indication that they will be fully resolved anytime soon.

Evolving use of GPS: GPS was initially used only by space scientists and the military. With its entry into the commercial market, it was mostly larger businesses that used it to track vehicles (and more specifically trucks), due to vehicles’ high operating costs and the savings that could be achieved through improved efficiencies.

GPS has also been used extensively as theft-prevention tools and this would in part explain why a country like South Africa (with its high crime rate) is in the forefront of GPS developments: it has become common practice to fit GPS devices to everyday vehicles as a prevention against theft and high jacking. Today some vehicles are even fitted with two GPS units: one for criminals to find in their inevitable hunt for the GPS tracker, and then a second device, deeply imbedded in the wiring of the vehicle and not visible to criminals.

IVMS/ GPS as a safety tool: Australian mining has become, since the start of the mining boom around 2003, perhaps one of the first large-scale industries that started using GPS specifically for driving safety. Today most Australian mine operators would not allow subcontractors on site without an approved In-Vehicle Monitoring System (IVMS). The purpose of IVMS has gone way beyond what can be classed as standard GPS technology: all IVMS systems are also GPS systems, but not all GPS systems are IVMS systems. IVMS has some standard functions which include driver identification through a swipe card or a Dallas key, seatbelt usage monitoring, 4-wheel drive mode detection for dirt roads, over-revving and also driving style. Any form of harsh driving (acceleration, braking or turning) are reported as violations, as are speed violations. Mine sites typically do not have police enforcement and for many years recalcitrant driving has led to serious injury and also fatalities in many cases. This problem has been largely overcome by IVMS: mining companies provide their IVMS suppliers with soft copies of maps that also carry imbedded speed limits – from here it is a relatively simple programmatic process to compare a vehicle’s position with the underlying speed limit, and to then report any violations.

A very specific application of IVMS/ GPS for driver safety has been fatigue management. There are a number of systems available, including systems that monitor drivers’ eyes for signs of tiredness, but these have proved themselves to be complex and expensive and to date a very simple system is commonly in use: monitoring how long a driver operates a vehicle without taking a rest break. For instance, under the Safer Together IVMS program of the gas field mines in Queensland, a driver needs to stop and get out after 2 hours of non-stop driving. Drivers are given an audible warning after 1 hours and 45 minutes and a violation is recorded if a vehicle is not stopped and turned off before the 2-hour limit has been reached. Of course drivers can and have found ways to bypass some IVMS functions, but for most of the time IVMS has proved itself to be a very effective way of enhancing driver safety. With the improvement in driving style also comes reduced vehicle wear – independent studies have shown that this alone pays for the IVMS system and that the enhanced driver safety is obtained as a free bonus, much as safety was the original aim of the IVMS program.

IVMS has shifted the purpose of GPS: rather than monitoring vehicle movement on a daily basis, the focus is now on daily reports to warn safety management of dangerous driving.

GPS as a personal safety device: There have for many years been both 3G/4G and satellite personal trackers available. These are in use by many companies, particularly those with lone workers in remote areas, but the usage to date has not what might have been expected, considering that these devices are relatively cheap. There has also been the ongoing resistance from workers unions regarding tracking individuals, but there over the past few years seems to be a larger acceptance by both worker and union management that these devices are safety devices, not privacy intrusion devices. If the trend continues then the day may well come where every worker on any mining or industrial site may be required to carry a GPS device of sort. Devices can generally be programmed to merely act as a duress button in the event of a dangerous situation, or they can be programmed to leave a “trail of dots on the map” i.e. an individual’s position is indicated every few minutes, or even every few seconds.

Rapidly growing markets for GPS as safety devices are in the usage of GPS tools to protect children and the aged. With the Baby Boomer generation entering their mid-sixties, the demand for personal trackers for people with dementia and mobile risks is skyrocketing. Mostly bought by their carers, devices can be sent an SMS following which they will report the positon of the person they are protecting. Likewise, with children parents can quietly keep an eye on them without interfering in their daily activities.

Summary: GPS products have come a long way from their early space and military use only days and today GPS is woven into the fabric of society at many levels: it has become commonly available, cheap and generally accepted – this trend will continue, and the public’s reliance on different applications of GPS equipment is rapidly on the increase. Its days as only a military or commercial tracker are well and truly over: GPS for personal usage, and more specifically as safety devices, are here to stay.