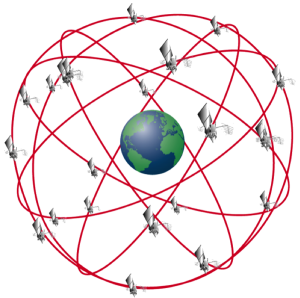 IVMS and GPS have come a long way since the nineties when the concept of a “GPS Jump” was far more prevalent: back then almost any speed violation needed further human involvement and IVMS enforcement in a work situation had a much higher risk.

IVMS/ GPS chips became far more accurate than what they used to be. By the time information is provided to an IVMS/ GPS Tracking subscriber, the information had been through several levels of filtering and what is delivered nowadays can stand up in a court of law for most of the time.

Here is how IVMS/ GPS Tracking data is filtered:

Inside the chip: the technology involved to work out a vehicle’s speed as it moves along is significantly more complex than what most people would realise. Make a mistake inside the chip and there is a mistake in the IVMS/ GPS Tracking report. This is quite complex as IVMS/ GPS Tracking is influenced even by Einstein’s Theory of Relativity, see http://www.astronomy.ohio-state.edu/~pogge/Ast162/Unit5/gps.html . This falls slightly outside what we are discussing here, but the fact is that a high level of filtering occurs inside a GPS chip to provide a smooth and accurate output. These chips provide two aspects: speed and position, with speed derived from position and if a vehicle is here now and there a fraction of a second later, then it is easy to calculate the speed.

In the hands of the end-user: Here a level of IVMS/ GPS Tracking filtering of a completely different nature occurs. We may well, after all of the above, still decide to do nothing about a 73km/h violation in a 60km/h zone. Why is this? Because of the human element: people make mistakes that need to be forgiven and roads also necessitate unwanted driver behaviour that IVMS/ GPS Tracking systems and enforcers are better off ignoring, provided it is rare and happens a low level. If a car passes a long truck and there suddenly are signs of oncoming traffic, then the speed limit becomes less important. We all know the feeling of kicking the accelerator into the corner to make it: not ideal and to be avoided at all times, but still a reality that can manifest itself unexpectedly.

Digicore has been providing IVMS since 2007 and we had been dragged into all sorts of IVMS investigations, many of whom we would rather have wanted not to be part of. Some mines have pedantically used our IVMS/ GPS Tracking systems as police equipment with very harsh and unreasonable enforcements. This is counter-productive: it wastes our IVMS customer’s time, our time and the net result is that it antagonises drivers and they hate the very system that is supposed to protect them.

IVMS is life-saving and a strict enforcement regime works best, but being unreasonable very rarely has a desired outcome and IVMS is no exception to this rule.