A new way to implement driver and vehicle monitoring!

Dash cams have now advanced to the point where they can even perform what had traditionally only been achievable with vehicle trackers. Higher-end dash cams now include GPS receivers to track where vehicles go, both live and also retrospectively.

Rather than fitting seatbelt sensors or pickups in a mining vehicle, dash cams can act both as an IVMS supplement and also as total replacement. For certified IVMS where safety reports are required, dash cams can help to support the IVMS’s data, but for “lighter” IVMS installations they can replace the IVMS units completely. Data is captured and relayed back to a server from where users can sign on to view the camera live and review the movement data of each trip. Rather than relying on a safety report, a site manager can spot check and view exactly how a driver is behaving, and also physically see what happened in the lead up and during an incident.

Of course dash cams also fulfil a unique function in that they provide an independent, recorded record of external factors such as traffic violations and accidents, so our recommended, best solution remains a full IVMS installation complemented by a dash cam.

Our Dash cam of choice is the VT-300 SE. This camera is commercial grade and offers the ability to run up to 6 cameras, utilise SSD hard drives for longer more reliable recording, offers fatigue monitoring, a full featured interface with remote access to all cameras and footage linked to their group and a comprehensive reporting system. 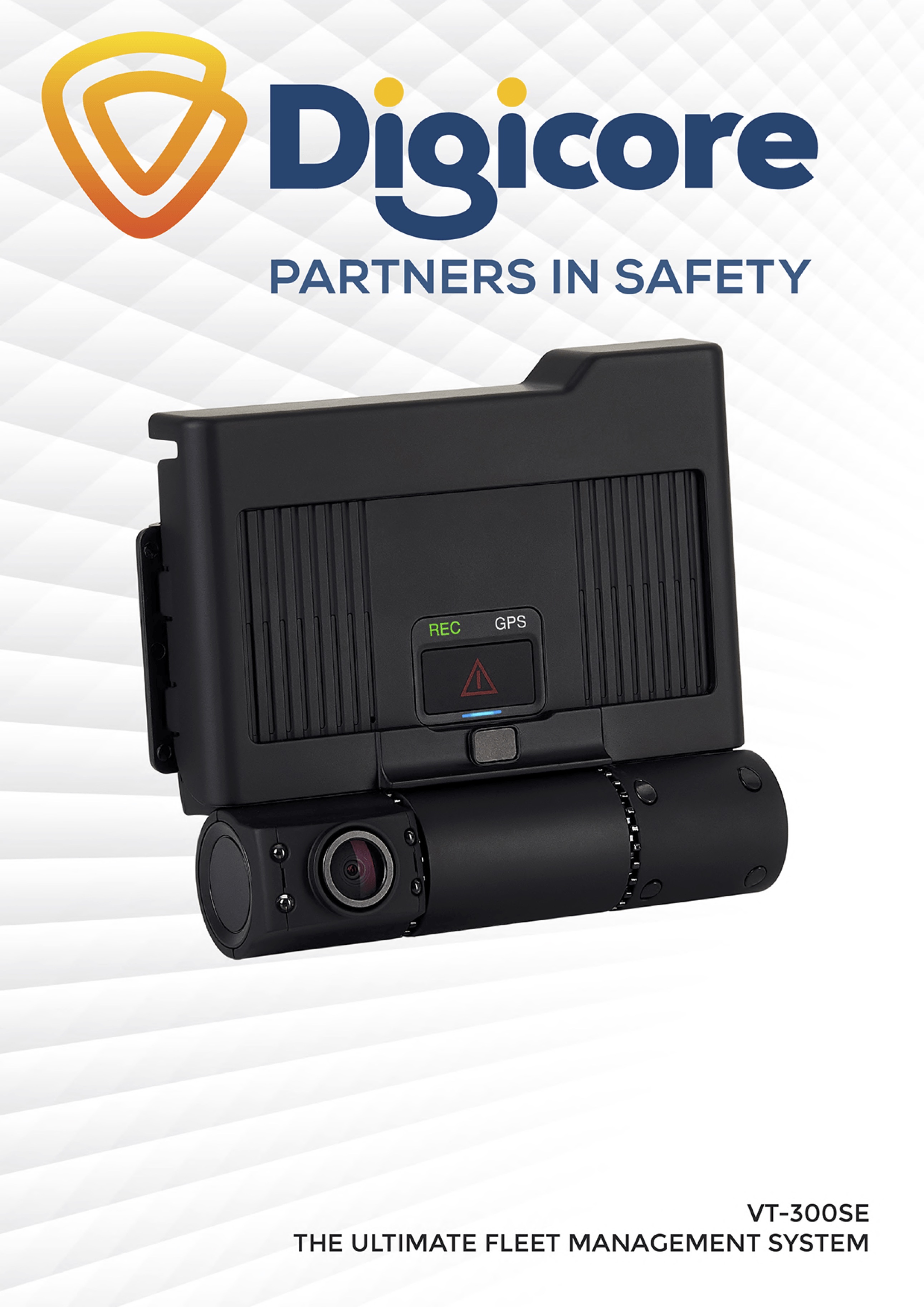 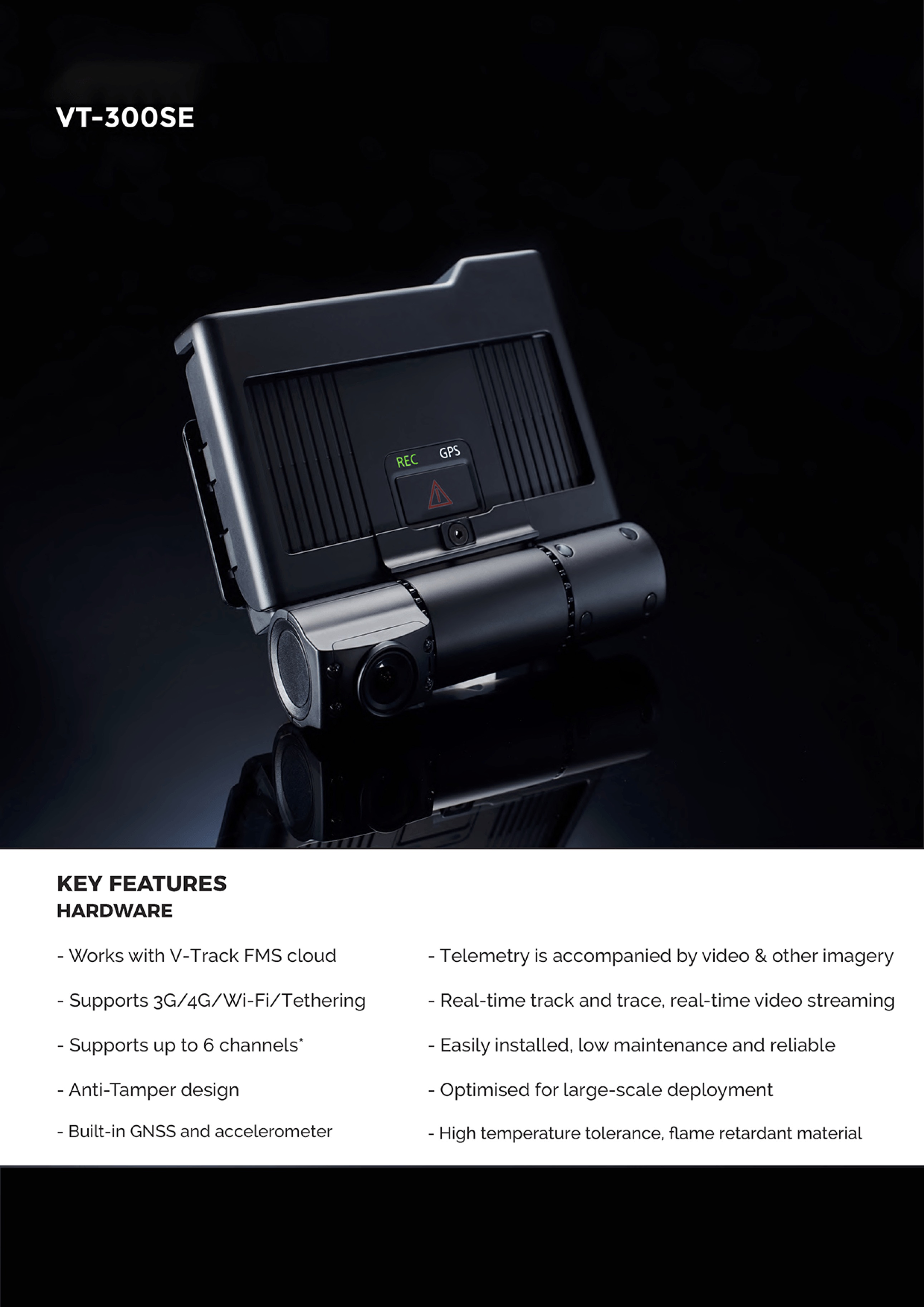 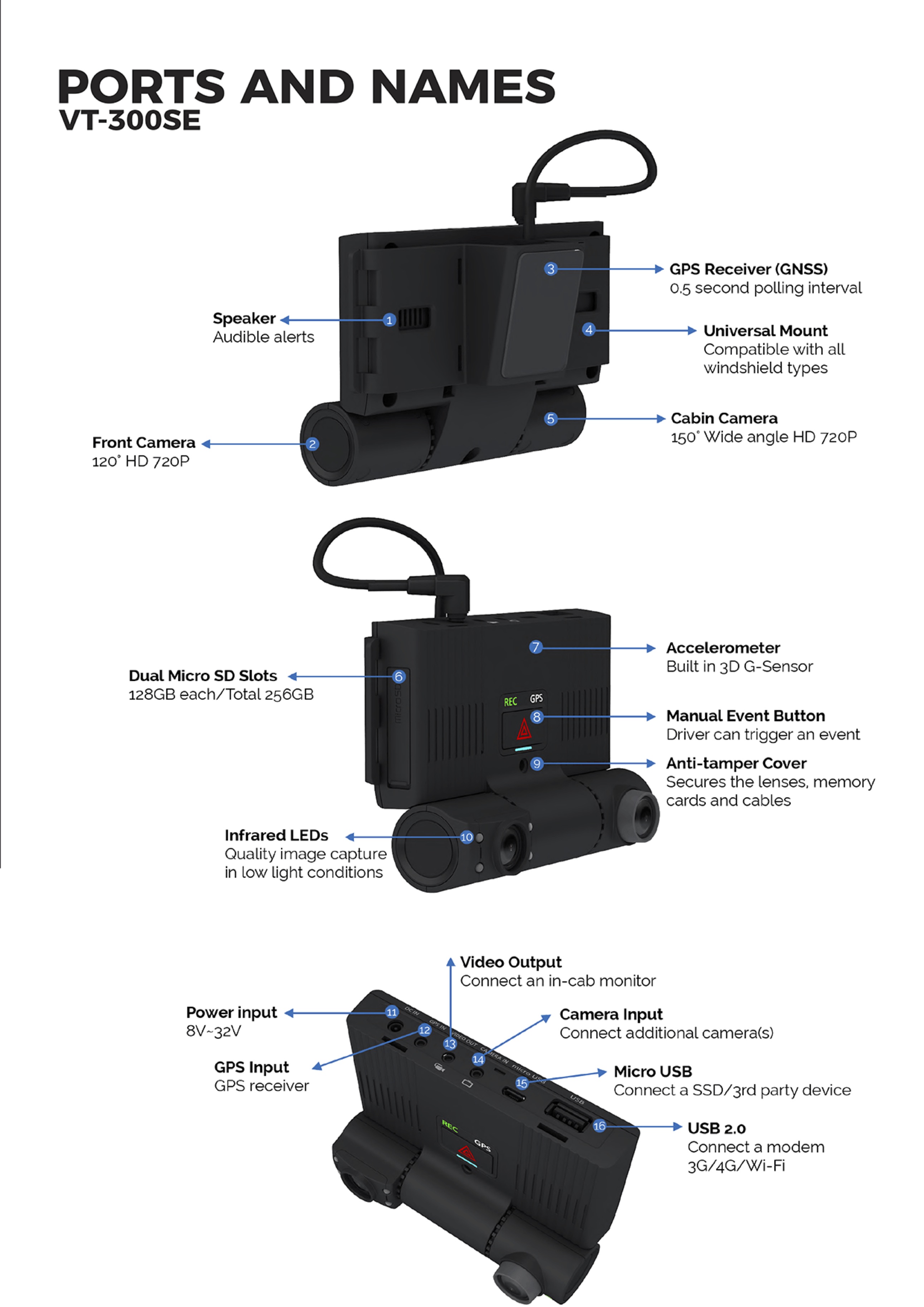 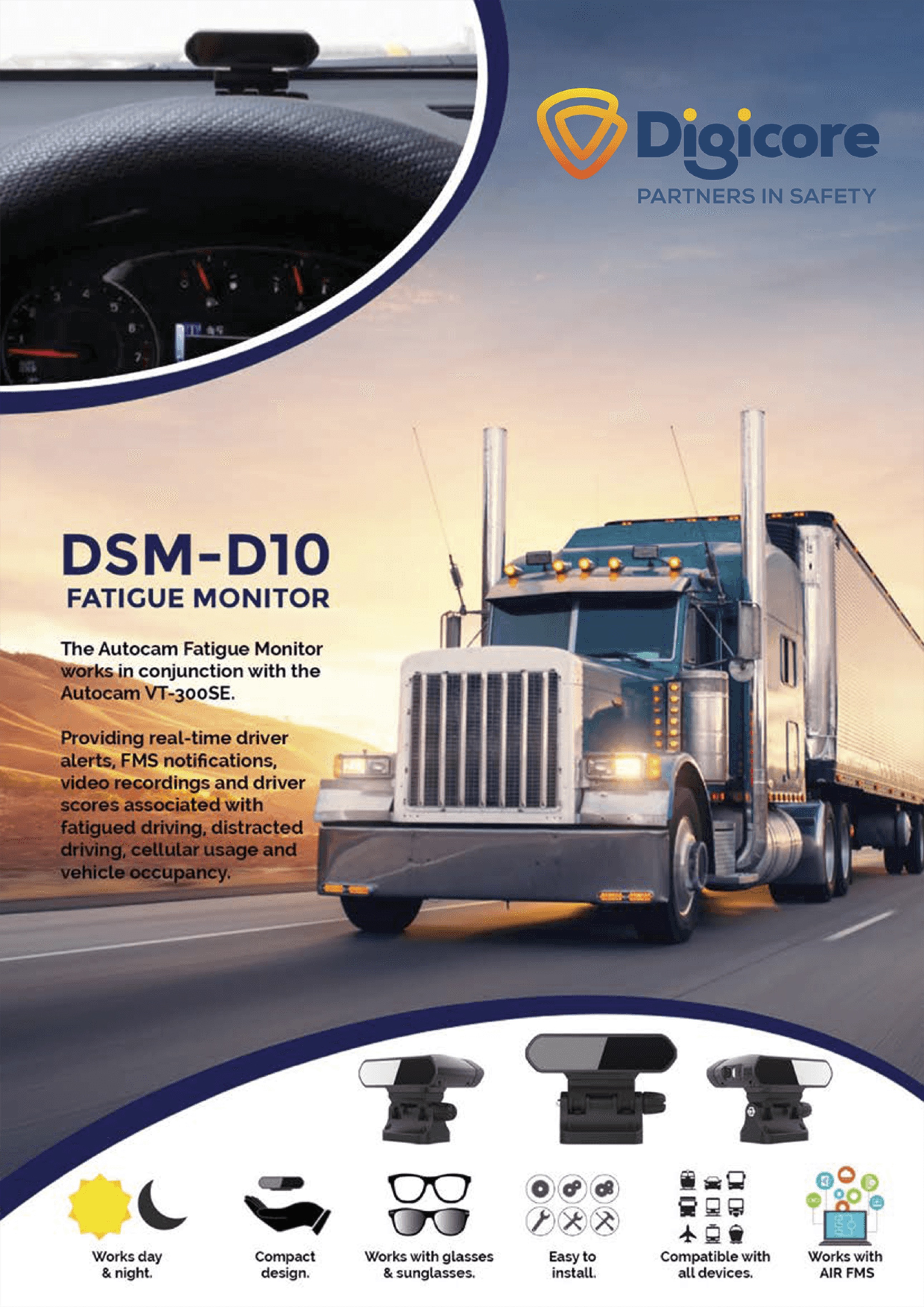 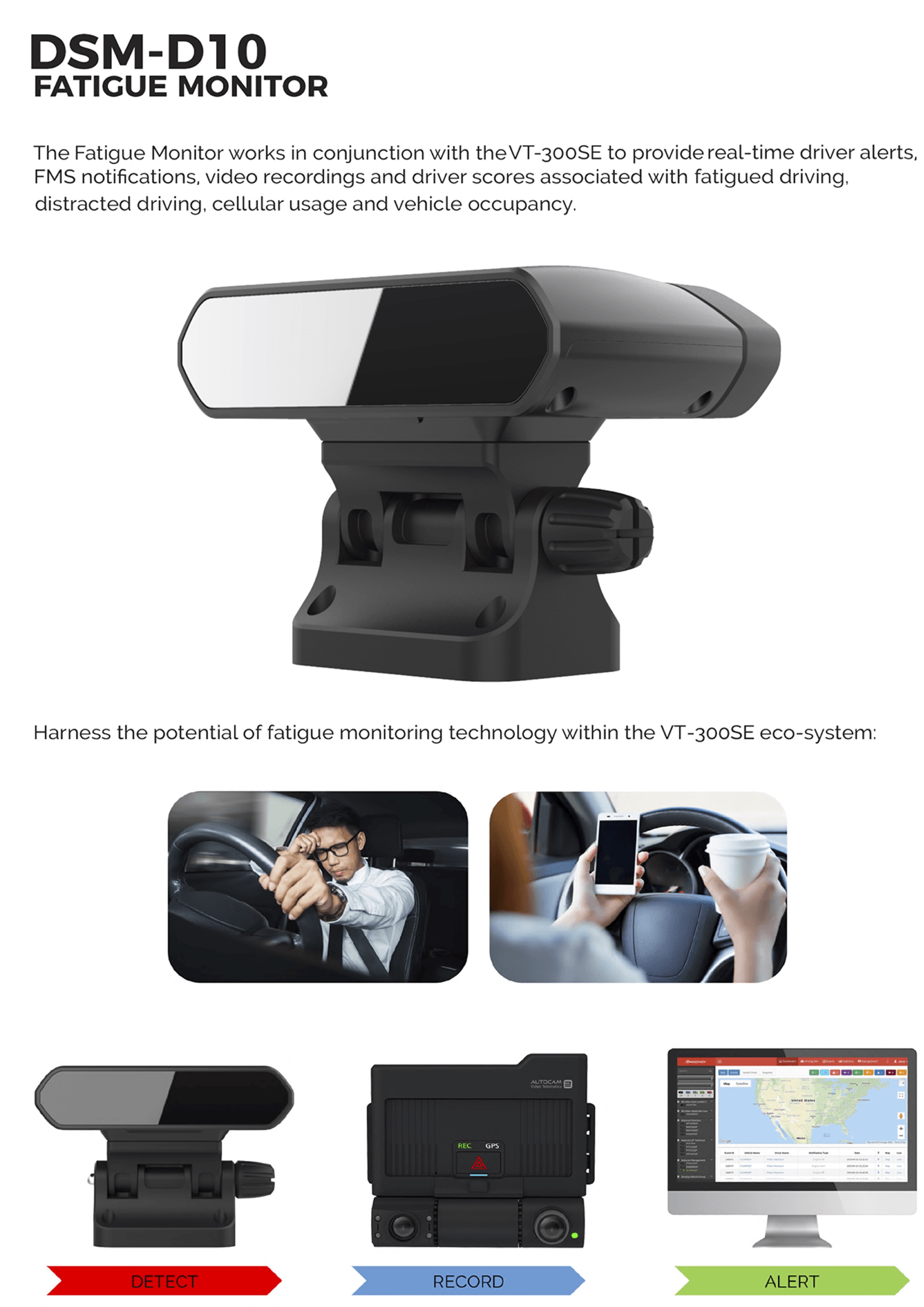 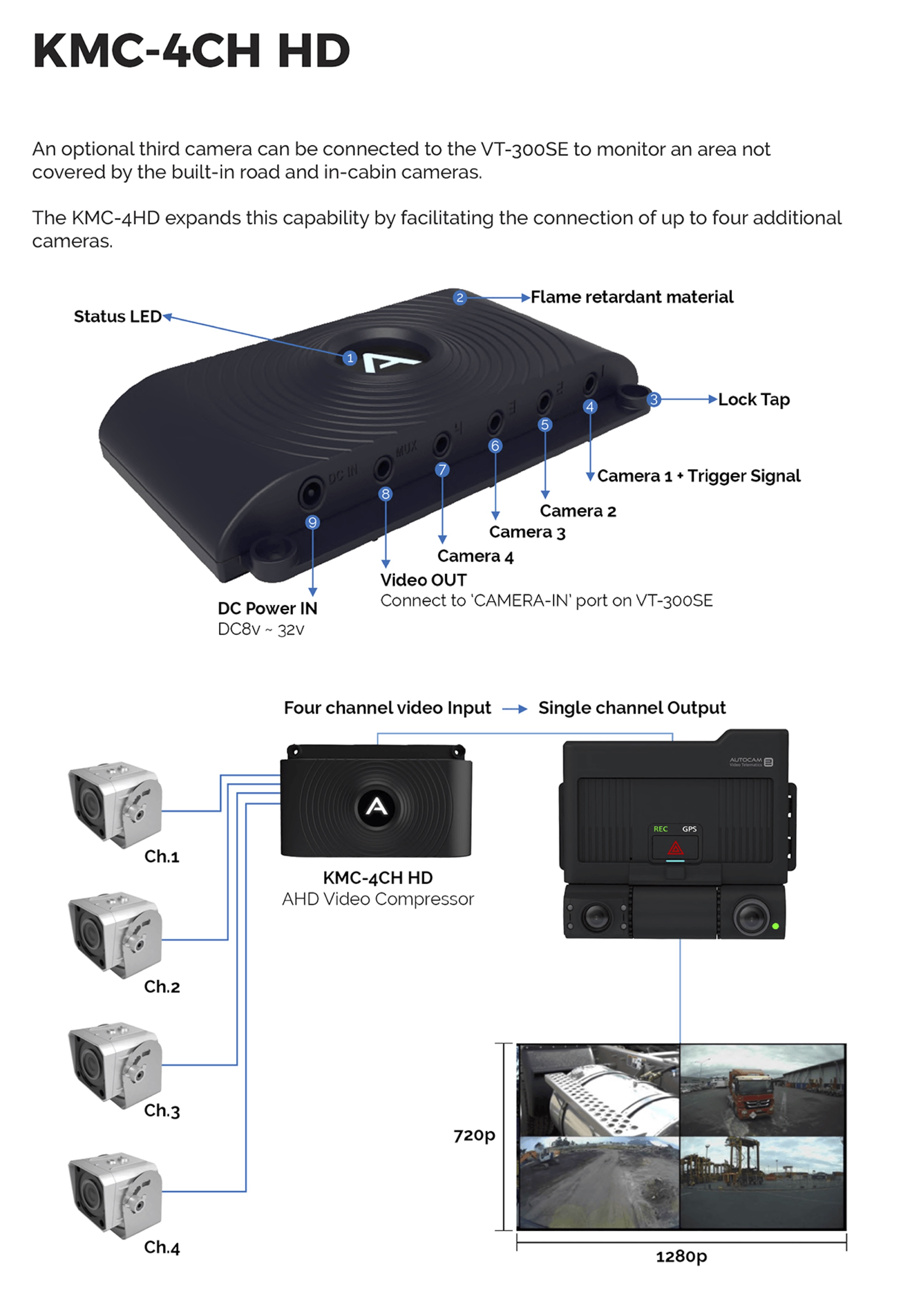 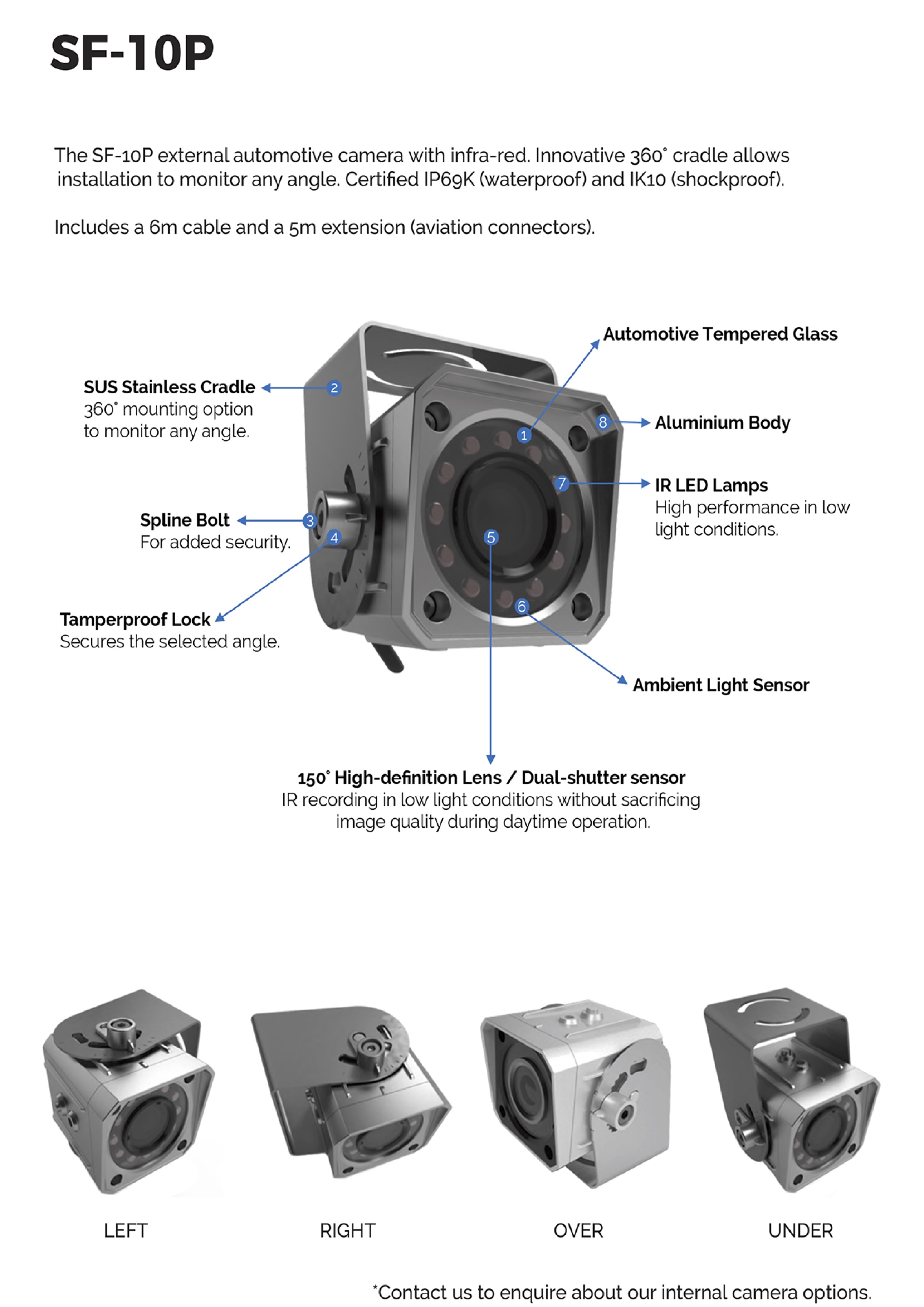 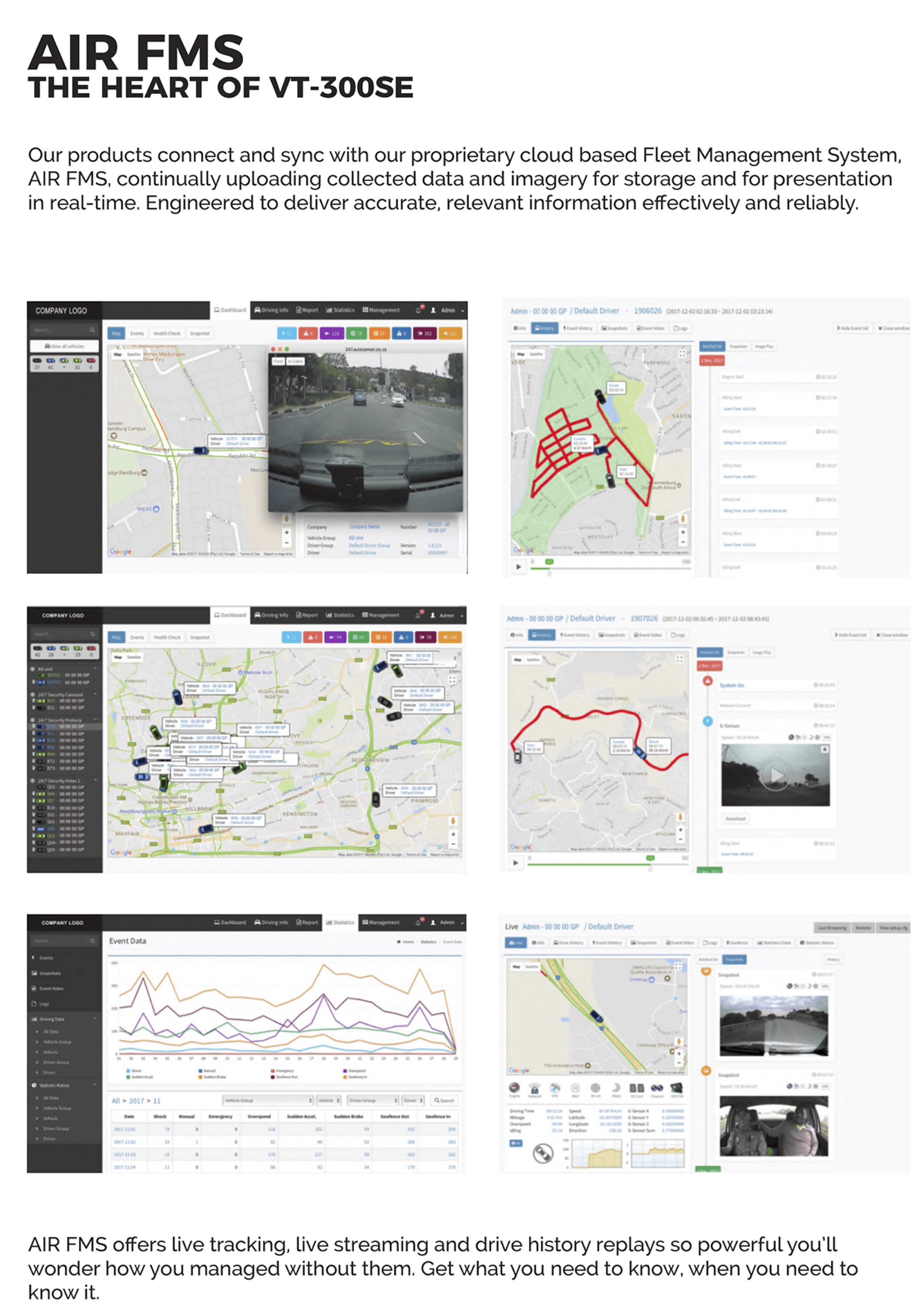 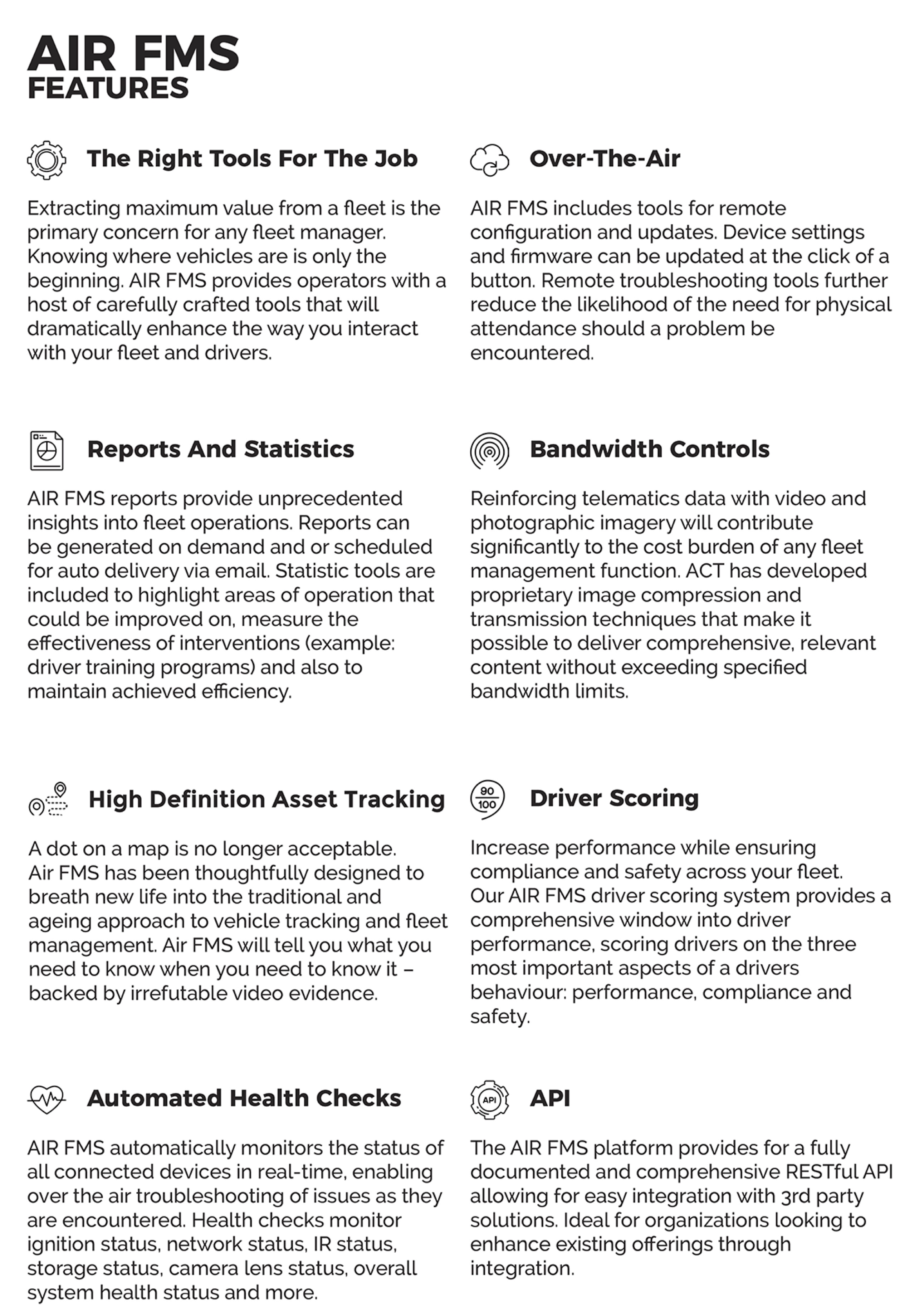 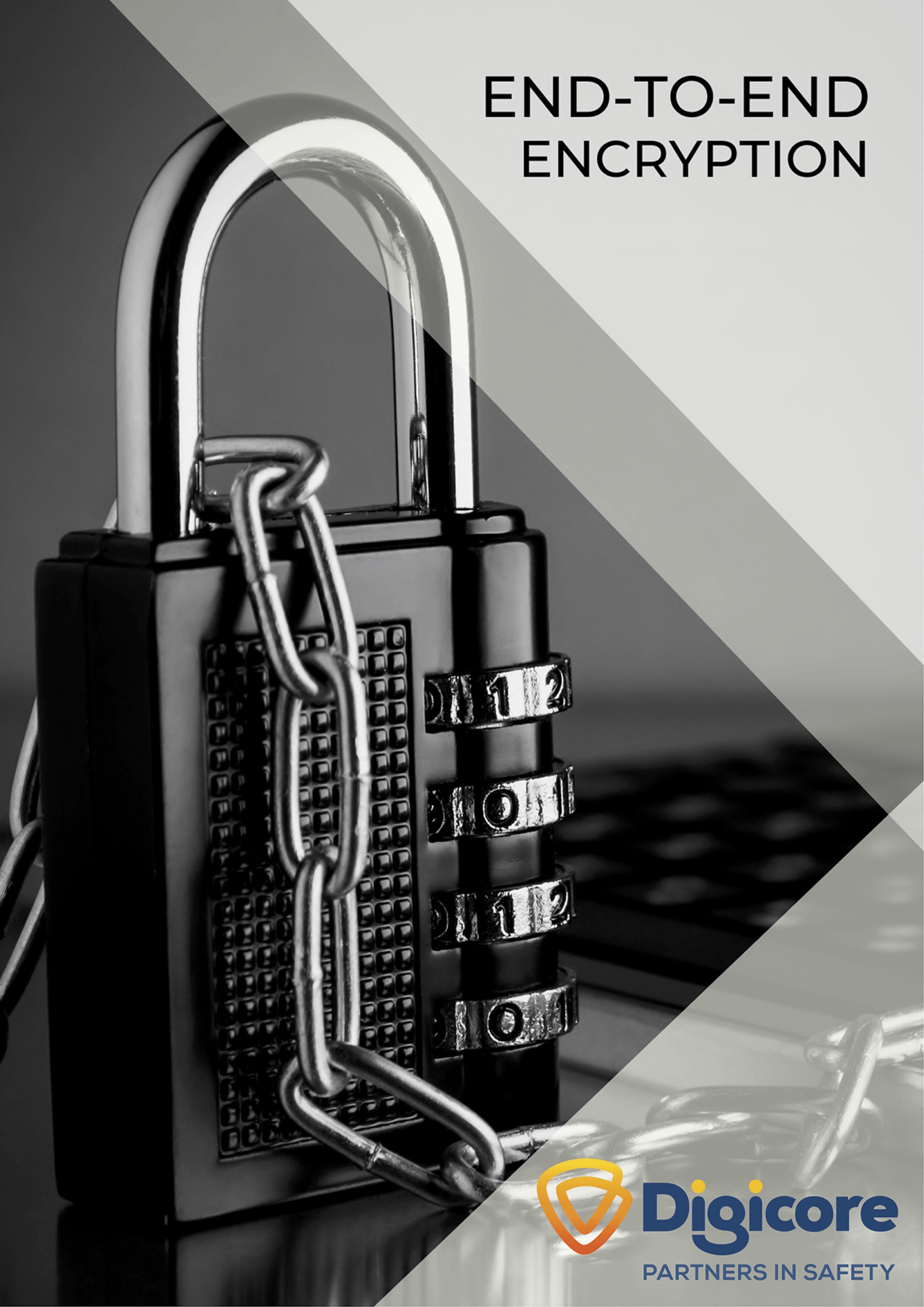 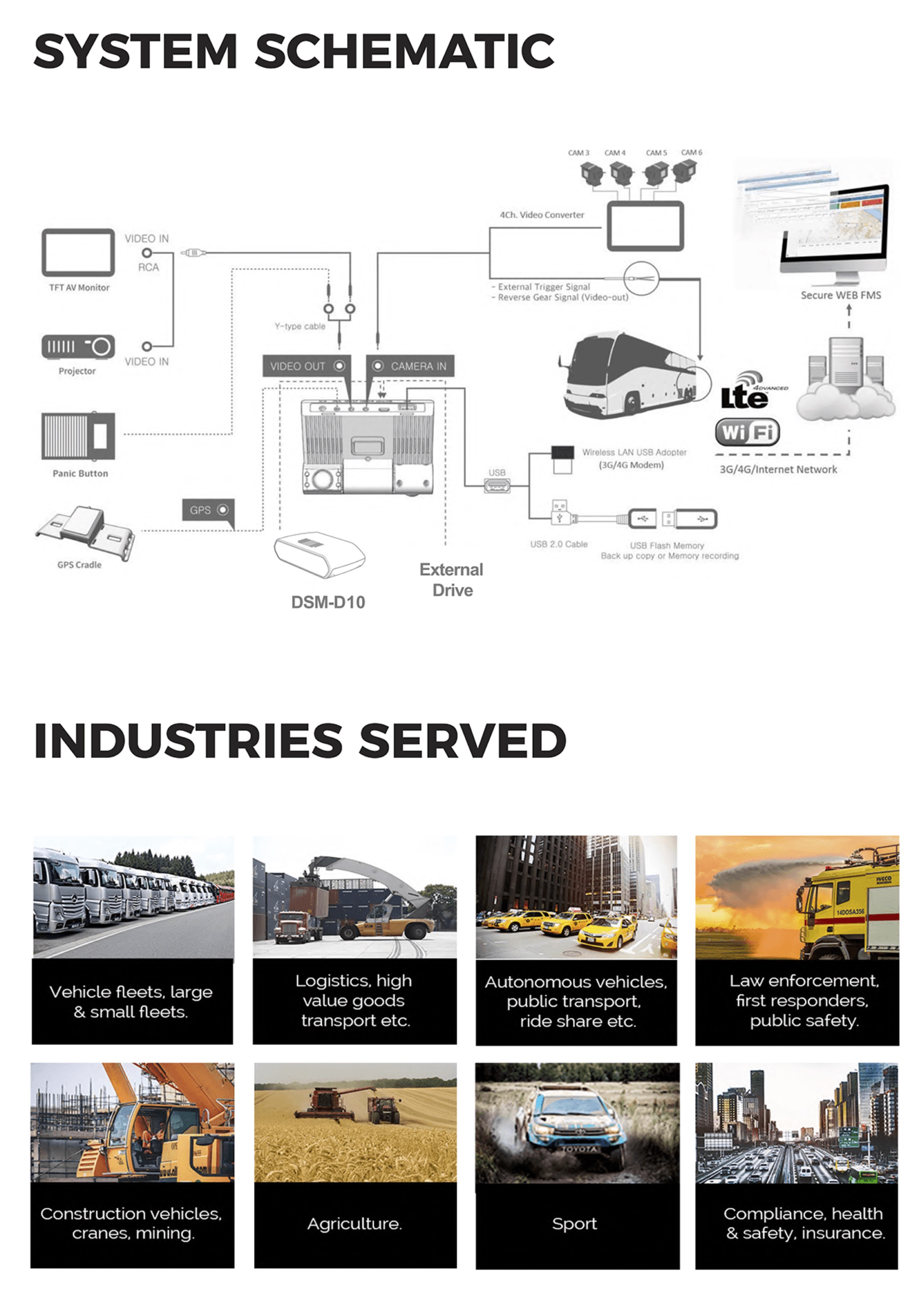 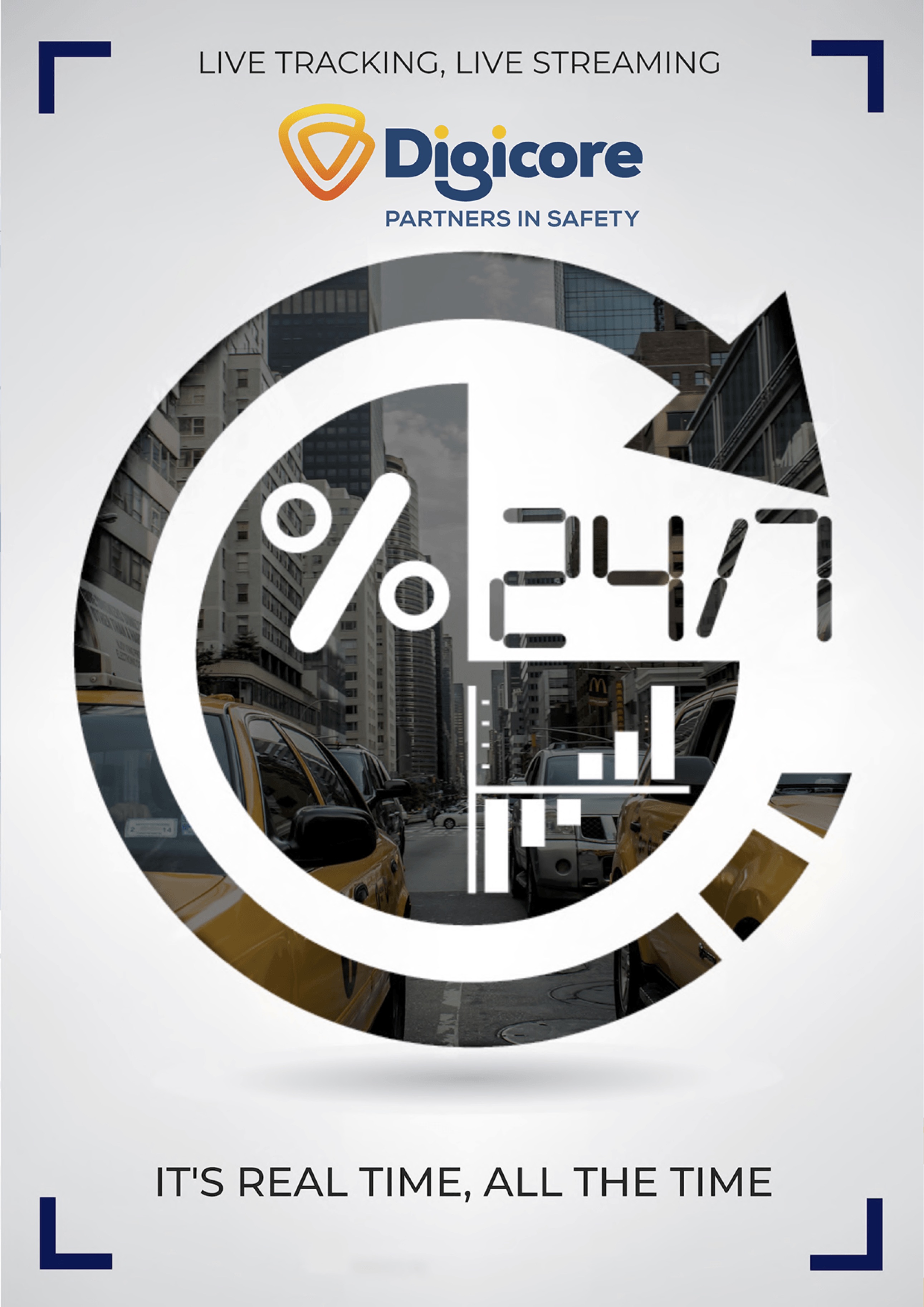 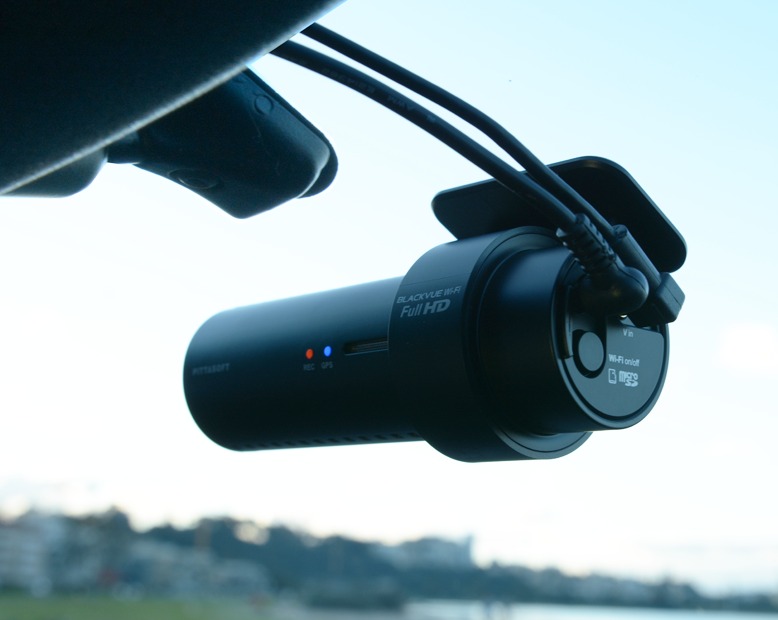 – Dual Full HD (1080P + 1080P)
– 2.1MP SONY STARVIS Sensor
– Smartphone App (iOS or Android)
– Up to 128GB SD Compatible*
– 2 Year Australian Warranty
– Live data and camera viewing ability
Optimised File Management
Event Files Overwrite Protection: Up to 50 files will be protected from deletion when saved in the system as event files. Event files can be triggered by tapping the camera, or will be automatically triggered in an accident due to braking or impact detection.
Format-Free Technology Your BlackVue saves and organises files on the microSD card in a new efficient way. Greatly reducing the need for regular SD card formatting and preventing file corruption events after long uses.
Built-in GPS & WiFi 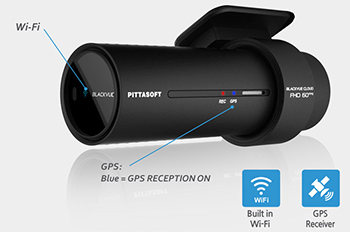 Unlike competitor models: the BlackVue DR750S houses GPS & WiFi built-into the device. This makes for a cleaner installation with less cables to worry about. GPS provides speed recording on the footage and location view on playback. WiFi enables the user to download files to their smart-phone or adjust settings; removing the need to take the SD card out for simple tasks. 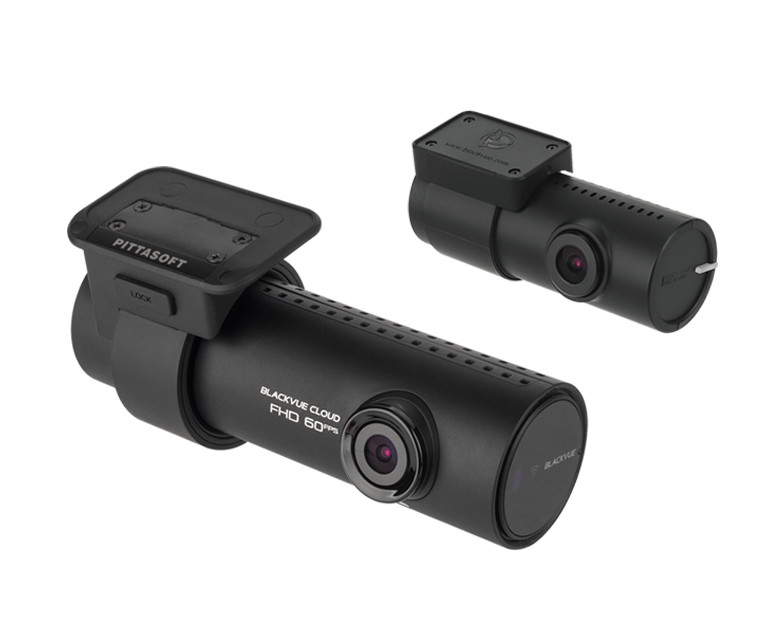 DUAL 1080P Recording
High quality Sony STARVIS™ sensors @ 2.1MP, offer dual 1080P Full HD resolution at up to 60 fps – providing smooth recording and license plate recognition. The user can also choose to increase the cameras bit rate up to 12mb/s + 10mb/s (rear) for improved video quality.
The SONY Starvis Difference
The Sony STARVIS™ image sensors that equip both the front and rear cameras of the DR750S-2CH deliver outstanding low-light performance. For those who want even more brightness in dark environments, the DR750S-2CH features Enhanced Night Vision. When activated, it boosts the ISO sensitivity in low light without blowing up the highlights in bright surroundings.
Up to 60FPS – Smoother Videos 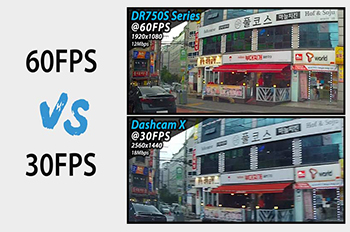 For smoother videos than ever before, with great clarity; the BlackVue DR750S records in 60FPS on the front & 30FPS on the rear. See details easier, capture license plates and more with double the amount of pictures being taken.
BlackVue Viewing Software Mac + Windows
The BlackVue viewing software can be accessed by inserting the cameras SD card into a PC. The viewing software enables the user to check footage, change the time zone, adjust user options, playback footage in slow motion and more. Compatible with Mac & Windows.
Enhanced Night Vision 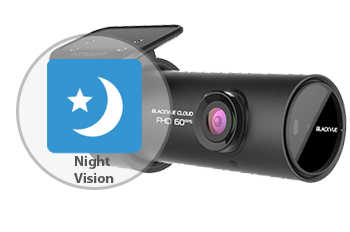 The BlackVue DR750S series offers exceptional night vision recording for when your car is stationary and in Parking Mode. Furthermore, the BlackVue will only save files if motion or impact is detected.
Discreet Black Themed Design
Like the previous series, the DR750S is designed with style and discreteness in mind. The all black cylindrical design is to hide the camera when installed in your vehicle from preying eyes. BlackVue cameras are one of the most discrete cameras on the market.
Parking Mode CCTV
BlackVue systems have the ability to run in Parking Mode, monitoring your car when you’re not around. When wired in with the Power Magic Pro or the Battery B-112; this mode will activate when the car is off. 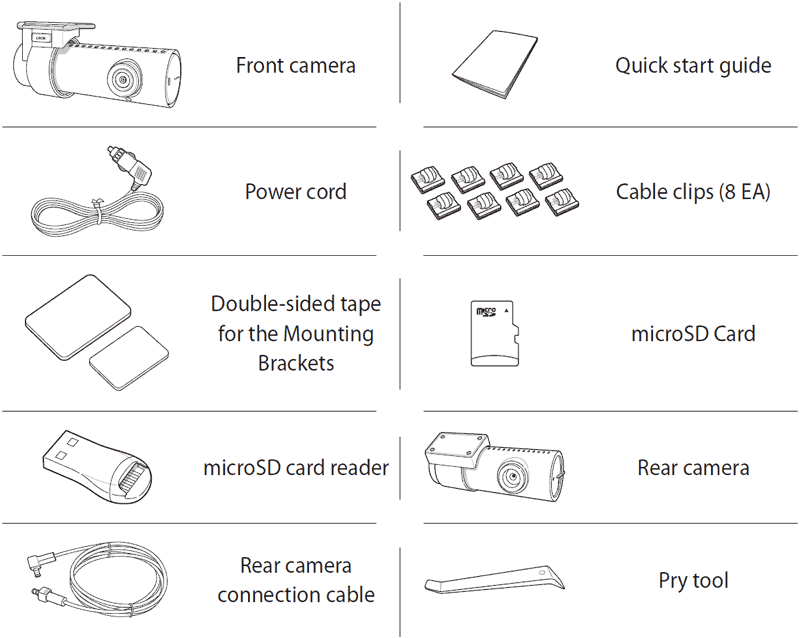 Introducing the new BlackVue Tamper Proof Case, the design and fitment of this product is demonstrated below.
Why use a tamper-proof case? The BlackVue Tamper Proof Case is essential if you are needing to protect the recorded video data captured by the dash cam. If you are running a commercial fleet of cameras, and the drivers are not permitted to remove footage from the camera, it is important to consider this product to prevent unauthorised SD card access

The BlackVue Tamper-Proof Case is profiled to perfectly fit your BlackVue dash cam. It is composed of a base and cover piece securely held together by metallic screws. The Tamper-Proof Case also limits the rotation of the dash cam in the mount, which is why two versions were designed to accommodate different windshield angles. 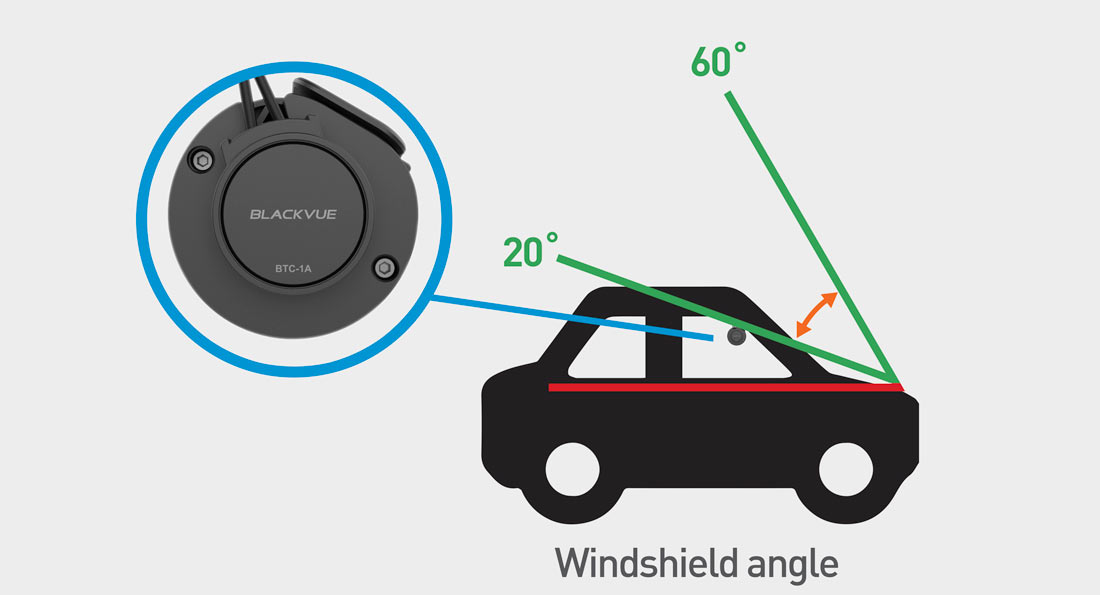 The BTC-1A fits the angle of inclination of windshields found in regular vehicles such as sedan, SUV, coupe, sports cars.

It fits windshields at an angle of 20 to 60° with the horizontal. 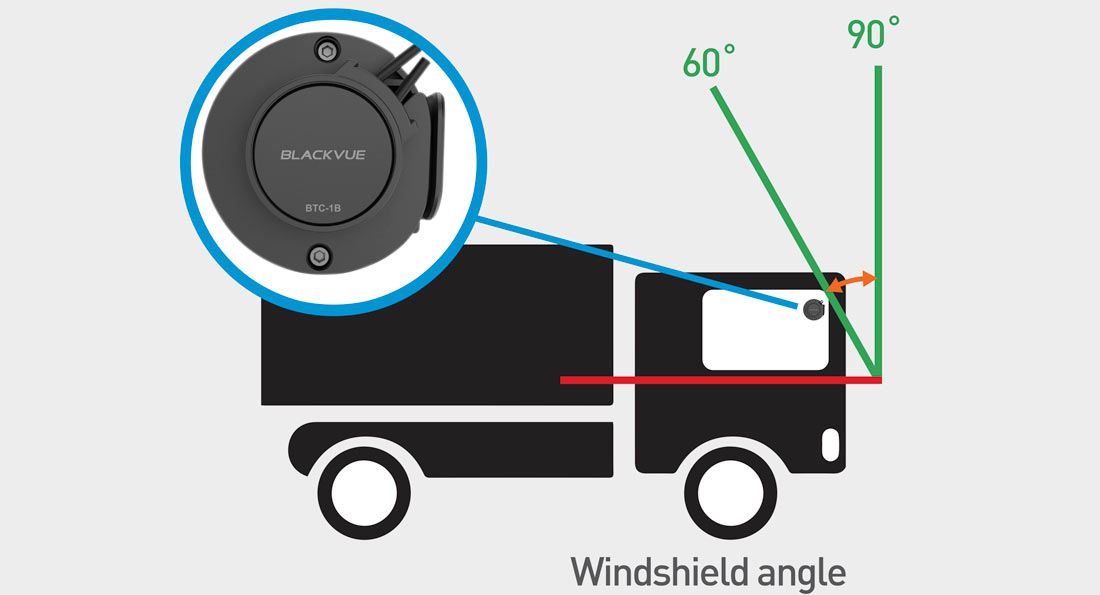 The BTC-1B is designed to accommodate vertical to near-vertical windshields, such as heavy trucks or buses.

It fits windshields at an angle of 60 to 90° with the horizontal.

The BlackVue Power Magic uses advanced power management to ensure your cars battery stays healthy.
The system works by having pre-set cut off voltages to prevent the camera from continuing to operate if the cars/trucks battery drops below a safe level.  On 12V vehicles the appropriate cut off voltage is 11.8 Volts.
Features include: 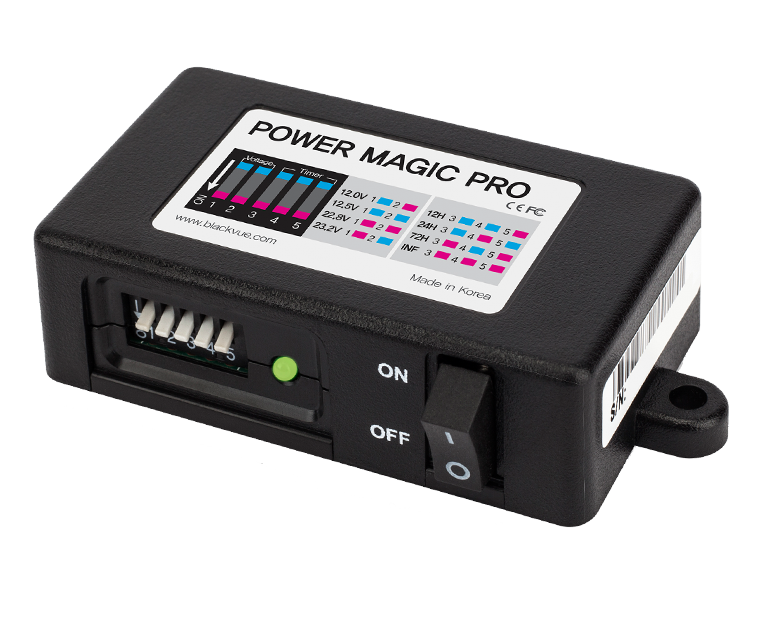 Note: The Power Magic Pro is not a battery. If you would like to run your dash cam for extended periods of time such as 10hrs + it is recommended to use the CELLINK-B battery pack.